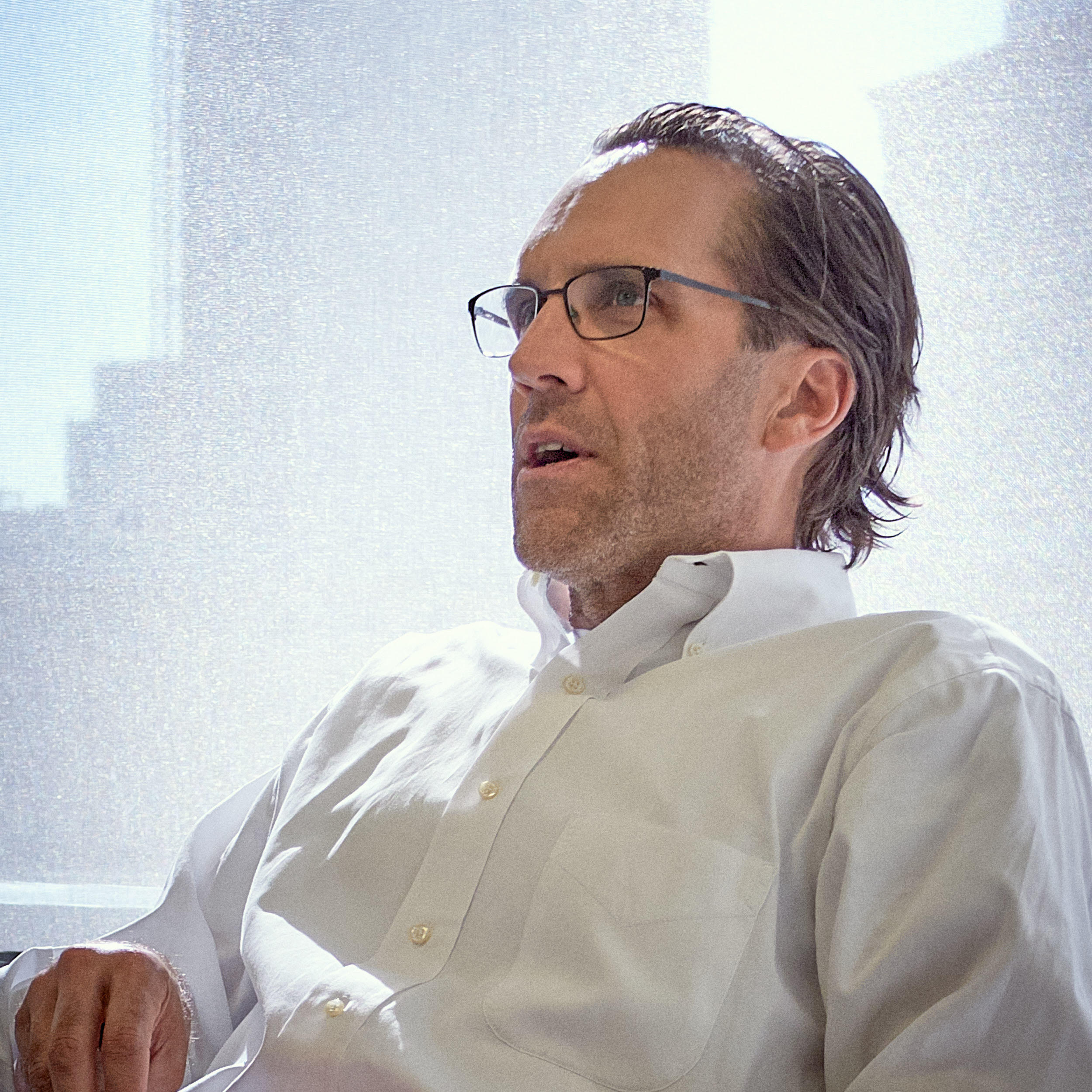 Graham Hanson is the founder of GHD Partners, previously Graham Hanson Design. Since 1996, the multidisciplinary agency has been active in all areas of strategic visual communications for clients across the globe.

Graham studied at Iowa State University and at the Lorenzo de’ Medici Institute in Florence, Italy. Prior to founding GHD Partners, he was with Vignelli Associates, where he designed projects for the Guggenheim Museum in Bilbao, Spain and New York; a large-scale mixed-use retail complex in Kobe, Japan; and projects for Philip Johnson at The Museum of Modern Art.

In 2018, a 192-page monograph, titled “20/20”, was published by Visual Profile Press, showcasing the 20-year legacy of GHD Partners. The book, written by architect Roger Yee with introduction by design educator Jeff Bellantoni, illustrates 20 signature projects executed over the first 20 years of the firm.

He was an Associate Professor and thesis advisor in the Graduate Communications Design program at Pratt Institute from 1996 until 2016, and lectures on a variety of design-related issues. He has served on the Executive Committee of the American Institute of Graphic Arts/NY as vice president and currently is a member of the National Board of Directors for the Society of Environmental Graphic Design in Washington DC. A retrospective exhibition of his work, entitled “Breaking Boundaries/Expanding Limits”, was held at the Puck Building in Manhattan in 2001. He was the recipient of the 2002 Design Achievement award from Iowa State University. He frequently serves on design-related juries and his work has been featured by numerous national and international design organizations and publications.